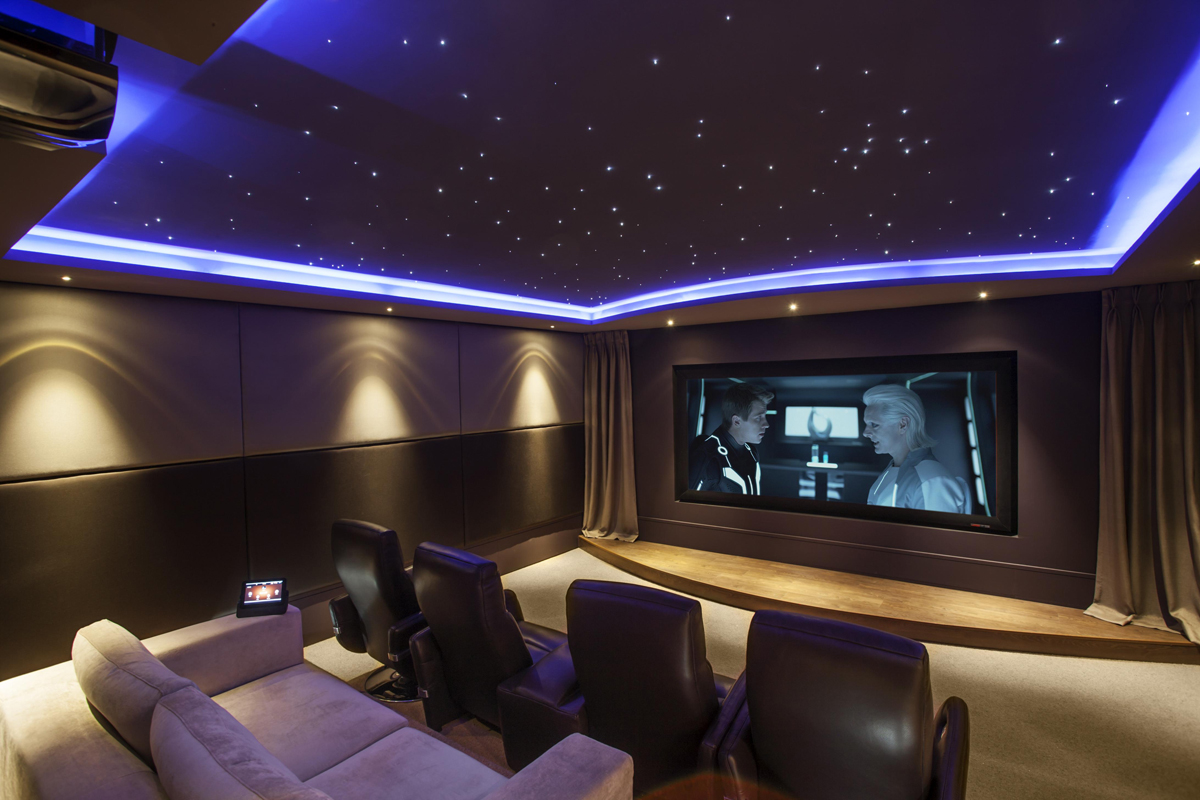 Movie Theater Popcorn while looking up at your fiber optic ceiling.

Dreaming of having a home theater with a fiber optic ceiling built in your home? We are the company to make your dream a reality. We don’t forget a single detail, even when it comes to the popcorn. Here’s a great article we found on making movie theater popcorn at home. Enjoy!

It shouldn’t be hard to make movie theater-style popcorn at home. Pop popcorn, mix it with melted butter, shower it with lots of salt, and there you have it: the perfect snack to eat while watching movies at home.

Not so fast: When I tried to recreate theater-style popcorn at home, I learned that I needed an ingredient not found in my pantry, not found in grocery stores, and not even found in the natural world.

And even when I tried to make the best batch of popcorn I could, it couldn’t hold court with the Flavacol-flavored version. (Skip down to the read results of my test or read on for all the details.)

A creation of Gold Medal Products Co., Flavacol—which you can purchase on the internet—is the self-proclaimed “secret ingredient” to selling more popcorn (or, for consumers rather than theater attendants, to eating more popcorn).

And the online community seems to agree. A 386-comment Reddit thread, tucked under the“You Should Know” Subreddit, is entitled “You can make movie theater popcorn at home, with this one ingredient.”

I worked at a theatre for years. Flavavol would come in a 20lb bag inside a cardboard box [fusion_builder_container hundred_percent=”yes” overflow=”visible”][fusion_builder_row][fusion_builder_column type=”1_1″ background_position=”left top” background_color=”” border_size=”” border_color=”” border_style=”solid” spacing=”yes” background_image=”” background_repeat=”no-repeat” padding=”” margin_top=”0px” margin_bottom=”0px” class=”” id=”” animation_type=”” animation_speed=”0.3″ animation_direction=”left” hide_on_mobile=”no” center_content=”no” min_height=”none”][sic]. For a batch of popcorn (a 20fl oz cup of seeds) we would use a tablespoon of the stuff.It’s designed to smell like “movie theatre popcorn” and draw people from the mall (or the street) inside. It’s mostly sodium, but not technically salt. I used to get it under my fingernails. The smell of it raw in concentrated amounts…oh god.

Despite resounding evidence from food blogs (like this one and this one) and online consumer reviews (Amazon and other online retailers) that the flavor of movie theater popcorn is the flavor of Flavacol, I still wondered if I could make it at home.

With no interest in maximizing my sales, I disregarded the yellow dyes. That left me with “salt” and “artificial butter flavor” and “salt.”

Salt is the primary ingredient in Flavacol (one teaspoon contains 2740 milligrams of sodium; for context, the 2010 USDA guidelines recommended reducing sodium to less than 2300 milligrams per day) and the product’s unique flavor is attributed, at least in part, to how it’s produced. The Alberger process, patented way back in 1915, yields fine flakes of multi-faceted crystals, which have “outstanding adherence, blendability and solubility compared to cube-shaped granulated salt.” In other words, this salt sticks to the food better and releases a delicious, addictive flavor in your mouth more quickly than standard table salt.

The second ingredient I had to tackle was the “artificial butter flavor” (A.B.F. for short). But there’s almost no way to know what’s in A.B.F., let alone recreate it at home. The company is permitted to list it on the packaging without disclosing its specific make-up. As Peter Kim, the Executive Director of the Museum of Food and Drink, where the current exhibit is all about flavor, explained…

Proprietary “recipes” [for flavorings] are quite valuable. That said, even if the flavoring were disclosed on an ingredient label, it would arguably be too much information for a consumer to digest. Dozens or even hundreds of chemicals can be used to create an “artificial flavor” or “natural flavor.”

Basically, there’s just no way to know what makes Flavacol taste good, said food scientistHarold McGee, without knowing exactly what’s in it. And even if there were a way to figure out what is in Flavacol and somehow recreate it at home (rather than in a science lab), it might be even more off-putting.

Back in 2007, butter-flavored popcorn made the national news when the New York Timesreported a relationship between vapors from the pungent yellow flavoring diacetyl (a naturally occurring organic compound that’s added to some foods, like margarine, to impart a butter flavor) and a life-threatening lung condition in workers at flavoring factories. While Gold Medal assured a concerned consumer that Flavacol does not contain diacetyl, what “artificial butter flavor” is made up of remains a mystery to us consumers.*

Since A.B.F. and Alberger-processed salt were out of the question for a typical home kitchen, I explored alternative avenues to theater-style popcorn. I learned that others had success popping the kernels in coconut oil and using clarified butter (rather than standard melted butter) as the “dressing.” And to recreate fine-flake salt that would thoroughly coat the kernels and dissolve quickly on the tongue, I used a tip from friend of Food52, Josh Dobson, and sprinkled my popcorn with salt that had been finely ground to a powder in a mortar and pestle.

And so, with these 3 tricks up my sleeve—coconut oil, clarified butter, and pulverized salt—I set out to make popcorn just as good as the theaters’.

I made two batches of popcorn, the only difference being that, to one pot, I added 1/4 teaspoon of the neon orange Flavacol along with the coconut oil. But that 1/4 teaspoon made a marked difference.

Of the Flavacol-flavored popcorn (which was also darker in appearance), my tasters (the Food52 staff) said:

Of the DIY, all-natural alternative, they said:

So both bowls of popcorn were made with the exact same amount of actual clarified butter, butthe popcorn made with the fake butter tasted more buttery. And while many of my taste testers said they would gladly eat either bowl, multiple people asked me where they could purchase Flavacol (and someone, who will remain anonymous, called dibs on our office stash). I, too, was pleased—and amazed!—to have recreated such a landmark flavor (the taste of Monsters Inc. and Boyhood and Grizzly Man and all my other favorite movies). It tasted great. It tasted like a feature presentation.

In the end, I had made a pretty good bowl of popcorn with the natural tricks, but the Flavacol-flavored popcorn tasted like the movies. And my DIY version—even though it was the best batch of popcorn I’d ever made—did not.

I think I’ll save movie theater popcorn for the movies. But I might save myself a little bit of Flavacol, for when the craving hits. Popcorn on the Cob (6-Pack) * Curious about the difference between “natural” and “artificial” flavors? While artificial and natural flavorings may be chemically identical, and both may very well be manufactured in science labs, the difference is in the source of the chemical compounds. According to Peter Kim, artificial flavors “include chemicals that come from non-botanical sources,” whereas natural flavors are generally derived from botanical sources. “The key fact,” said Kim “is that this has no bearing on the actual chemical composition of the final product.”